Claudio Colaone was born in Gonars (Udine), on October 22nd, 1959.
When he was a student he attended the “Liceo scientifico” and studied music.
He began his artistic activity as painter, sculptor and musician in the 90s.
In 1998 he lived in New York where he had the opportunity to meet other
artists coming from America and other countries.
In 2000 he collaborated with “Gallery 33th” which presented him in some exhibitions in the States.
In 2001 he took part in Contemporary Art Exhibitions in New York, Atlanta
and Chicago,
In 2004 he went to Lahore in Pakistan where he created some sculptures for
the”International Art Festival”.
In the same festival he took part as musician as well; he played the sax with
Pakistan and Indian artists (World Performing Arts). 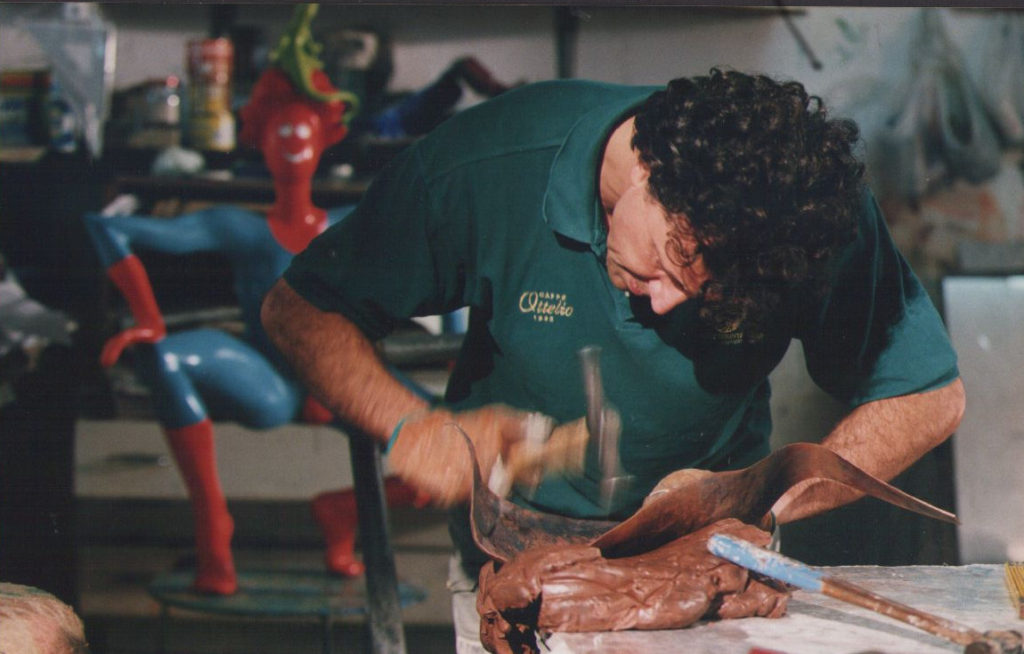 Experienced and passionate musician plays the saxophone with other musicians in the jazz sextet: “Démodé”.
In 2011 he records the second CD with DEMODE “The empty words” and in 2014 the third “Ison”.
Dèmodè website: www.wearedemode.com

The most significant Exhibitions:

We use cookies to ensure that we give you the best experience on our website. If you continue to use this site we will assume that you are happy with it.Ok